What Is It Like Owning A Gym In Austin? Wondering What Is It Like Owning A Gym In Austin?

As a 22 year veteran personal trainer and Austin gym owner for almost a decade now, you can imagine I get my fair share of questions when I’m working with clients, or just working out. I was unsure of what to write for this blog entry when it suddenly dawned on me, that the most interesting question that’s more perspective than anything, is one that I field when I’m usually not at work. It’s the question of what is it like owning a gym in Austin?

What is it like owning a gym in Austin? Probably the same as owning a gym most anywhere. Fun, stressful, satisfying, frustrating, uplifting, sad, etc, but before I can even begin explaining the range of emotions and the reasons for them, you’ll have to understand that my approach has been anything but typical.

I began my career as a personal trainer 22 years ago. I set out to be the best I could be at it, and not meddle in the stereotypes of some meathead who thinks it’s an easy way to score steroid money. I wanted to really be able to offer my clients something different than the norm, so I began reading, learning, listening, and soaking up all the knowledge I possibly could. Before too long, I was able to offer clients things other trainers couldn’t. I wanted to blur the lines of expectations for my job’s duties, areas of expertise, and capabilities. It has paid off, and I have created a niche for myself that I thoroughly enjoy. I currently train 5 doctors, a host of professional athletes, filmmakers, and bunch of physical therapy patients, and a couple of very hard working beginners.

I had always worked independently as a personal trainer, as I don’t do well with satisfying corporate quotas, selling snake oil, or engaging in office politics especially. I plied my trade at various gyms while paying rent to the owners, until I realized that I could do better by me, and my clients. The Austin gym I was at for the final 3 years before I made the big move to independence, will remain nameless, but every awful stereotype was present from sexual innuendos, to inattentive trainers who didn’t know much, and cared even less. I had to do better, but I also had to do it on my own terms. With my wife in graduate school, and an 8 month old baby, I founded the Austin Fitness Center in November of 2007.

When I decided to open up my own Austin gym, I didn’t even consider if I could fail. I simply went ahead and ordered all of the equipment I would need, and luckily it fit perfectly, because I didn’t even stop to consider if I had enough space for it all!

In the beginning, I was working 15 hour days, 7 times per week. I couldn’t call in sick, take family vacations, or delegate authority to someone else for anything. I drummed up business, worked all the hours training my clients as well as being the gym attendant, as well as the IT guy, the janitor, the interior decorator, the payment company, and so on. It was absolutely draining, but it was also absolutely awesome that people appreciated the hard work and really enjoyed my gym. To this day I smile when I see people working out in my gym because I created it for people to better themselves in a clean, friendly, non intimidating environment, and it still works 10 years later despite all of the big box gyms around me, as well as the fads such as CrossFit, etc! The reason for that is the fact that it’s a genuine neighborhood gym that caters to a different demographic than the usual Austin gyms. There’s no nightclub music blaring, just bad rock and heavy metal with a one offVillage People song thrown in for good measure. There’s no “meet market” atmosphere, but plenty of friendships have been cultivated over the years. The place is clean, well equipped, and has an abundance of natural light. There’s no silly fees other than your dues plus sales tax. There’s no contracts, but only a certified letter required to cancel a membership which can be done anytime. I don’t even have a sales pitch for when people drop by to see the place. These things have been in place since the beginning and won’t change. If you appreciate them as well as the atmosphere, this gym is for you. if, however, you like a see and be seen environment, and all that goes along with a corporate big box gym, you should look elsewhere.

Trying to answer the question of what is it like owning a gym in Austin is a bit difficult, as I alluded to earlier. You have your ups and downs, like any business. In dealing with the general public, you have difficult people occasionally, and you also meet the greatest of people who truly are inspirational. I had a woman ask me to jump out of her adult daughter’s birthday cake, and I also have been asked several times to go collect a debt for someone, as I suppose I am built like the stereotypical gym owner. Obviously I declined these “amazing” offers, but the sure do make for funny anecdotes! I have had my share of lonely folks make sexual innuendos, but I slough them off with a little self depreciating humor, and then go on to make gym shirts with the gym’s logo in the front, and the words “sexy as hell” emblazoned on the back. To then watch the older folks who patronize my gym walking on treadmills and lifting weights while wearing those shirts, is truly funny, and absolutely awesome. Nobody in my gym takes themselves too seriously, especially me, or the fun would be lost. I have had an atheist working out with a pastor. A guy on parole working out with a cop. A liquor store owner working out with a recovering alcoholic. All that matters in my gym is that you are considerate and respectful. Who you voted for, what color your skin is, and whatever spiritual beliefs you may hold, are not of any interest.

What is it like owning a gym in Austin? There has also certainly been times of disappointment that accompanies the merriment. There are a couple of people who have tried sneaking into the gym to avoid paying dues. There was the angry entitled person who demanded a refund because the gym was “ineffective in combating her urges to drink sodas and cocktails”, etc. Initially, the city of Austin was being very difficult with me and my signage forcing me to go to court several times for my signs and banners. I even had to make my case to the City Council, just so the City of Austin would leave me alone, like they were doing to a huge cheap gym chain down the street. It wore me out physically, mentally, and emotionally, but I won, and my gym not only stayed open, but has thrived for the past 10 years. Fortunately, the positive far outweighs the negative, and ultimately, it is what is, as they say. A friendly place where people show up to better themselves and get a little healthier all the while having a smile on their faces. I’ve enjoyed the first 10 years very much, despite the occasional struggle, and very look forward to the next 10. I hope to see you there. 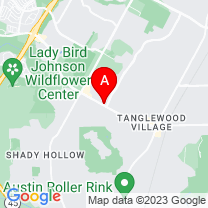